The construction company "Mardi Holding" handed an Apartment to a 20-year-old illusionist Sergi Dolidze. The young magician was invited to "Nanuka’s Show" for a surprise. The 2-room apartment is located in Batumi Mardi Mall - commercial-residential complex.

"Sergi Dolidze deserved great love for the public since his appearance, who had the expectation of his victory in the Talent Show. As he got in the final, we decided to express our appreciation to his talent and diligence," said Natia Sirabidze, executive director of Mardi Holding.

The young magician is invited to participate in the Dutch International Competition of Magicians in Netherlands at the end of May on behalf of Georgia. Sergi says he has prepared a show that will make him a winner. 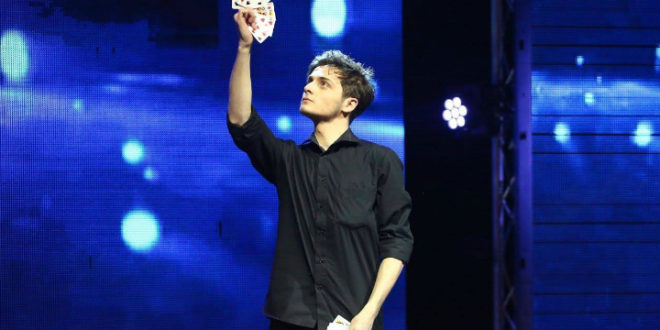 For everyone who wants to buy an apartment in our complex: We offer a free property viewing trip!

Recording on a tour of the property must be made at least 7 days before the expected date of arrival.

Terms of refund tickets price would be valid only if you bought a property according to the price list. In case you receive a discount or other bonuses the tickets price will not be paid.

Note that staff of our company works in days off. That’s way you can visit us also in non-working days!

If you like our city and decide to stay here, so we will help you to extend visa, and help to organize tours of Adjara at the lowest prices.

Want to learn more about us?